Archive for the category “Myths and Illusions”

Not A Real Criminal: An Elegy For Aaron Persky’s Judicial Career

In 2016, Persky presided over  the trial of Brock Turner, a Stanford freshman convicted of assault with the intent to commit rape and “penetration of an intoxicated woman”. The case generated a tornado of media coverage, and featured a shattering victim impact statement, an  obnoxious dad and  sanctimonious victim-blaming.  Persky sentenced Turner to six months in jail (he ultimately only served three) and three years’ probation.  The sentence was widely condemned as shockingly lenient, considering the circumstances of the crime, and ultimately cost Persky his judgeship.

During the nasty, messy recall campaign Persky’s defenders have been both vocal and eloquent in their opposition. The argument of the anti-recall campaign boils down to the idea that Persky merely followed California’s sentencing guidelines, which enumerate factors relevant to considering leniency.* Another, frankly paradoxical, justification for Persky’s sentence is that the guidelines simultaneously give judges a lot of discretion in sentencing AND somehow tie judges’ hands.  If you care about this case, I urge you to read not only the victim’s impact statement, but also  Brock Turner’s statement and Judge Persky’s  sentencing decision.  Having read all those, here is where I believe Persky and his defenders went wrong:

END_OF_DOCUMENT_TOKEN_TO_BE_REPLACED

Run It Like A Business, Part 2: The Myth Of The For-Profit Democracy

One of the justifications that Trump supporters invariably offer for putting a bunch of business executives in charge of the country is that the US needs to be operated like a for-profit business.  Who wouldn’t like America’s governance to resemble the Trump Organization?  I suppose your average well-to-do Trumper dreams of the days when this whole land will be a Trump golf course, and assumes he’ll be among those who tee off in goofy outfits, and not one of the grossly underpaid, ill-treated staff.

END_OF_DOCUMENT_TOKEN_TO_BE_REPLACED

Run It Like A Business, Part 1: The Myth of Valuable “Business Experience”

My sincerest hope for the eventual aftermath of the Trumpist era is that we can finally put to bed the ludicrous notion that career businessmen make good statesmen for no other reason than  their business experience.

I imagine far-off future students of history chuckling at our era, when a big chunk of the country lost its goddamned mind and came to believe that wealth and self-serving dealing alone were the most desirable traits in a political leader; when people who were knowledgeable about their jobs were scoffed at; when the prior President’s experience in public service was invoked as a slur, as if being an actual public servant is a character flaw that should irreparably disqualify one from the Presidency.

END_OF_DOCUMENT_TOKEN_TO_BE_REPLACED

The Myth Of Parties Of Ideas

Trump’s surprising win in 2016 led to a wide proliferation of myths about why the Democrats lost.  As I’ve been saying since Day 1, most of those pithy analyses are ludicrous, and I am glad that at least now, six months in, some professional commentators are waking up to the reality that there is no point in courting the elusive Trump Voter.  Still, many of these myths persist.  Today’s entry into the Trump Era Hot Takes Hall of Fame is the myth of progressives having “no ideas”.

END_OF_DOCUMENT_TOKEN_TO_BE_REPLACED

On Fidel Castro’s Death; Or, When My Fellow Liberals Insist On Losing Credibility 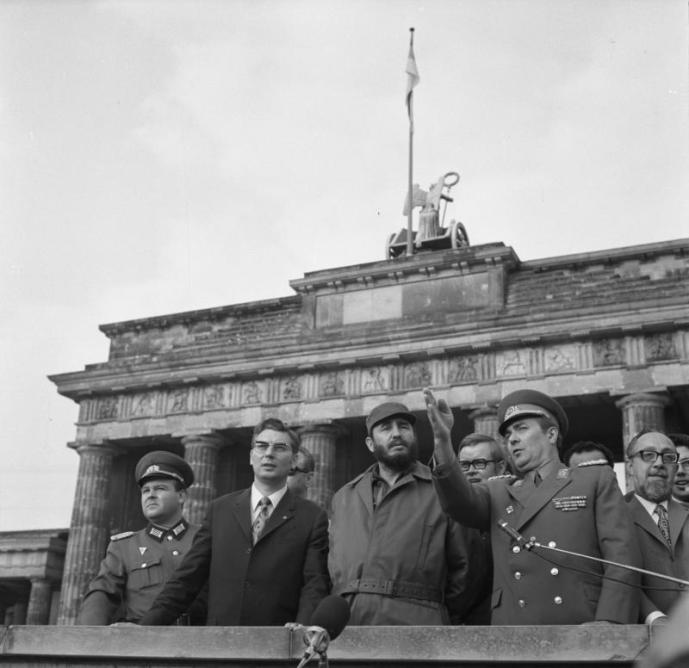 I was waiting to calm down and process the election before I wrote anything — and then Fidel Castro died.

END_OF_DOCUMENT_TOKEN_TO_BE_REPLACED

Myths and Illusions: The Myth of Warrior Wisdom

I’ve been taking a hiatus from blogging to a large extent because I’m going through one of those times when I’m Disgusted With Everything. You know; it’s an election year.  And so, it is perhaps from that feeling of general disgust that I am going to kiss the third rail of modern American culture, the adulation of the military to the point of assigning its members superior experience in matters that have nothing to do with warfare.

END_OF_DOCUMENT_TOKEN_TO_BE_REPLACED

Myths And Illusions: The Myth of Paracelsus’ Scientific Contributions 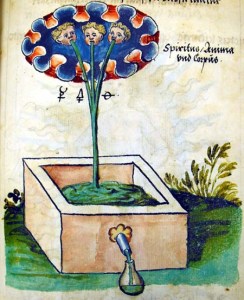 I want to begin this post beating up on Philippus Aureolus Theophrastus Bombast von Hohenheim, better known as Paracelsus, with a brief digression. As a student of the Middle Ages and Renaissance during my undergraduate days (as well as an Ancient History buff), I noticed an interesting phenomenon. When we talk about the store of knowledge humanity has acquired over the course of its existence, something is deemed to have been “discovered” only when (1) it’s explicitly attested to in writing (2) by a man (3) who has a name. Knowledge possessed and applied by women, or by illiterate societies, or by anonymous people is deemed to not exist; and women themselves, as well as “natives”, are matter-of-factly treated as passive objects of study, rather than human beings capable of possessing and using information. Thus, you might hear Hippocrates credited with “discovering” the early symptoms of pregnancy – even though midwifery existed as a recognized profession for at least 1,500 years before him, and papyri with instructions on how to calculate gestational age date to about that far back. (Sometimes the credit is given to Imhotep, instead.) END_OF_DOCUMENT_TOKEN_TO_BE_REPLACED

Myths and Illusions: The Myth of Religion Preventing Violence

Today’s entry into the pantheon of modern Myths and Illusions: the myth that religion prevents violence and makes people act all nice to each other. END_OF_DOCUMENT_TOKEN_TO_BE_REPLACED

Myths and Illusions: The Myth of True Genius 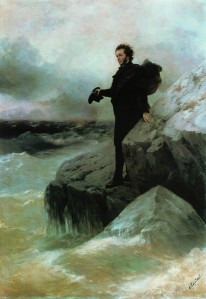 Today’s entry into the pantheon of modern Myths and Illusions: True Genius.