On Good Ways And Bad Ways To Get Yourself Properly Martyred

Disclaimer to religious people: This is not actually a set of instructions for how to become a martyr. If that’s what you are, in fact, looking for, boy are you in the wrong place. Or maybe you are in just the right place, if you are actually looking for a manual on how to become a martyr. I don’t know, the bottom line is you may get offended. The author is an atheist, and this is a very irreverent post. Avert your eyes or proceed at your own risk.

Jezebel has posted an interview with Lila Rose, an anti-choice activist and O’Keefe-style “reporter” of the “let’s perform all abortions in the town square” fame.

The piece makes, basically, two points: first, Rose is attractive and goes out of her way to maintain a sexy appearance, and two, Rose really, really wants to die in the course of saving someone’s life. And then, Rose makes a curiously worded statement which lends additional credence to my suspicion that she is one of those religious women who actually fancy their Savior.

Perhaps that suspicion may be dismissed on the ground that I am a dirty-minded heathen — except, of course, that a startling number of devout Christians throughout the ages have shown not just an obsession with sex, but a marked predilection for sexual violence and sado-masochism. John Donne, during his religious period, wrote a number of devotional poems in blatantly sexual terms — a curious reversal from his earlier, libertine period when he liked to use the language of divinity in talking about sex. In one such poem, he invited God to beat and rape him. Gustave Faubert, who coldly, mercilessly dissected his Madame Bovary and laid her out under blazing lights for our inspection, described a period in his heroine’s life when she wanted to bone Jesus, especially when she contemplated his suffering on the cross. And then, there are canonical stories and all this art depicting various saints’ martyrdom in a way that betrays an undeniable sexual subtext. Look at the sampling of images below and tell me you don’t think they are just as likely to inspire masturbation as religious fervor. 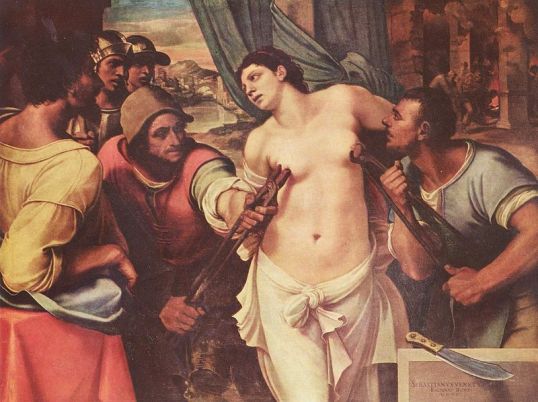 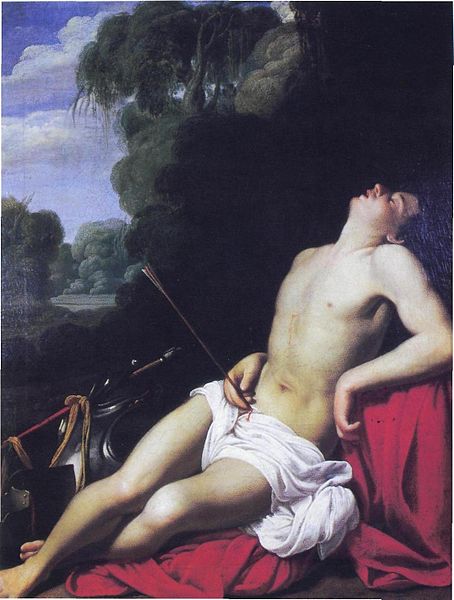 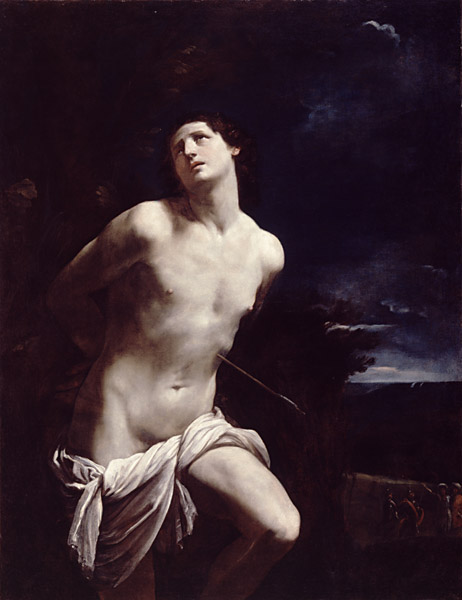 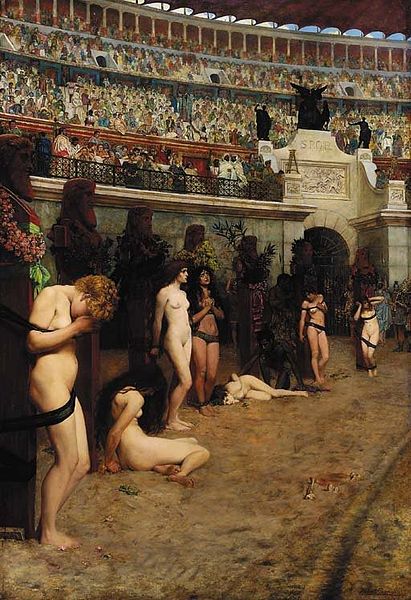 This, of course, presents a dilemma for someone like Rose. Namely, how do you get yourself martyred while maintaining the maximum level of sexiness? You best always have your make-up on and your hair done, and wear tight dresses and fuck-me pumps round the clock. But there is a bigger problem here — and that is that if Rose wants to be martyred, she’s in the wrong movement. There is violence surrounding the abortion debate, but it is perpetrated exclusively by anti-abortion activists against doctors and women who seek abortions — not the other way around. The closest anti-abortion people come to “martyrdom” is whining about being “under attack” when someone says something not nice about them on the interwebz. While criticism passes for oppression among the religious right, it’s still a far cry from Rose’s dream of taking a bullet in defense of someone defenseless. She really ought to think about improving her chances for martyrdom by joining a different line of work.

Personally, I would never characterize myself as “fearless”. I have a pretty safe office job and a pretty safe life in the comforts of an industrialized society. I can’t rule out laying down my life for someone else if confronted with such a situation, but I won’t go out looking for mortal danger when it isn’t looking for me or someone close to me. Thing is, I don’t pretend otherwise, and I certainly don’t fantasize about dying. My goals and dreams don’t include martyrdom. But for a person like Lila Rose (in the very unlikely event she would ever read this admittedly obscure blog) I have a few suggestions for making her dream of saving a life by dying for it come true:

1. Become an OBGYN providing life-saving abortions to women in areas of the country where the majority believes a woman who is carrying a non-viable fetus at a tremendous risk to her life, is required by the Almighty to reject medical intervention and die. I am not saying you should provide elective abortions. Providing life-saving, desperately needed abortions is sufficient to give you a very realistic chance of being gunned down — perhaps even in front of your kids, if you are especially lucky. While you are waiting for your chance at martyrdom inside some bullet-proof plastic box, you can enjoy cascades of hate mail, harassment and slander from self-righteous nitwits such as yourself.

2. Become a police officer or a firefighter. Now, there are two jobs that will offer you plenty of chances to risk your own life to save other people. The downside, of course, is that the uniforms make it difficult to maintain that whole “uber-sexy virgin” thing you’ve got going at the present. Maybe that’s the reason you haven’t considered this line of work.

3. Volunteer to care for the sick in some poor, unstable, disease-ridden part of the world, where there is a shortage of healthcare and help is acutely needed. Southern Sudan is particularly reknowed for its cornucopia of horrible, crippling, life-threatening diseases, including the Ebola virus, the highest-quality malaria known to man, and some afflictions so rare and exotic, medical science hasn’t yet given them names. Needless to say, children are especially affected, so you’ll have plenty of chances daily to care for and save little kids while putting yourself in harm’s way. The political and military situation in Sudan should further improve your chances for becoming a martyr. On this note, I hope you find the story of Father Damien, a priest who voluntarily commited himself to a leper colony in order to improve the lot of its residents (eventually succumbing to the disease himself) inspirational. Incidentally, for a greater appreciation of the difference between those who actually do selflessly put their lives in danger in order to help others and those who idly fantasize about martyrdom from the comfort of their wealthy, cushy, civilized surroundings, I strongly suggest you read Robert Lewis Stevenson’s letter about Father Damien, written to Rev. Hyde of Honolulu.

4. Become a bush pilot in the Arctic. While visiting Alaska, I met a bush pilot who spends each summer taking well-heeled tourists on various scenic flights. But in the winter, when the tourist industry comes to a grinding halt, he spends his time delivering medicine and life-saving supplies to remote Arctic outposts. He also transports critically ill patients from those remote villages to big city hospitals when the weather conditions get so bad that pilots contracted by hospitals refuse to fly. Additionally, he provides his services at a discount for people whose insurance does not cover air-lifting. This is an extremely dangerous job, and one that saves a lot of lives. Alas, it’s not surrounded by much publicity.

5. Become a rescue professional, such as a rescue swimmer or a mountaineer. Risk your life in absolutely terrifying ways while becoming a hero to hapless tourists, clumsy scientists and stranded sailors. The problem, of course, is that public attention tends to focus on those who are rescued (or not) rather than on the rescuers, but at least this is a good way to get killed while saving people.

And this is just off the top of my head. There are lots of activities that offer far greater certainty for dying for someone weak and defenseless than being a member of the anti-choice movement and a dishonest journalistic hack. If Rose stays where she is, she may very well find herself dying of old age, her dream unfulfilled.